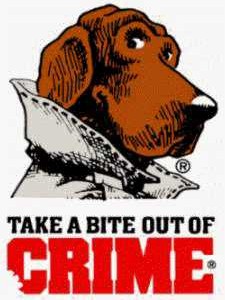 As we swelter in the dog days of summer, it seems like a fitting time to pay tribute the dogs of crime fiction. Our four legged friends often appear in mysteries and thrillers, and whether they’re featured as sidekicks or side notes, they’re usually scene stealers. Adding comic relief or bringing out the humanity in our favorite detectives, these are some of the dogs of crime fiction worth yapping about.

Dick Lochte’s Sleeping Dog was a groundbreaking novel in crime fiction – and it’s all thanks to Groucho, the missing dog at the center of the novel. It’s Groucho’s dog-napping that leads 14-year old Serendipity to Leo Bloodworth’s front door, where she begs the PI to help her find her missing pooch. The adventure that ensues is a crime fiction classic that won the Nero Wolf Award, was a finalist for the Shamus, Anthony and Edgar Awards, and was named one of the Independent Mystery Booksellers Association’s 100 favorite mysteries of the century.  Good boy, Groucho!

Robert B. Parker loved his German short-haired pointer Pearl the Wonder Dog, so much, he wrote her into his long-running and highly-acclaimed Spenser series. Pearl the Wonder made her doggie debut in the Spenser thrillers in 1991 when she was introduced as Susan’s dog from her ex-husband in Pastime. Poorly-mannered and poorly-trained, Pearl the Wonder Dog brings chaos and disorder to Spenser’s disciplined world – and also reveals a softer side to Spencer, who treats her like his baby.

In Carol Lea Benjamin’s series of cozy mysteries, private investigator Rachel Alexander relies on her trusty pup, Dashiell, to keep her hot on the trail. The aptly-named pit bull is a true mystery sidekick in the style of Dr. Watson, playing an active role in solving cases. The Shamus Award winning series makes the dog an instrumental part of every story, sometimes using him to help witnesses open up, other times using his canine skills – like super sniffing – to uncover clues.

While Artie Deemer might be the crime-solver in Dallas Murphy’s books, anyone who’s read the Edgar Award winning series knows that Jellyroll is the real star of the show. One of the most famous dogs of crime fiction, Jellyroll even became the target of death threats in Don’t Explain. A celebrity dog who’s appeared on the big screen, on TV, and on dog-food boxes, Jellyroll might be more appropriately called “Bankroll,” as his earnings fund Artie’s adventures.

Even the most hardboiled crime fiction hero is made better by man’s best friend; just look at former FBI Special Agent Jack Davis and the drug dealer’s dog he adopted. Faithful and funny, fearless and furry, canine crime fighters make our favorite mysteries better.  Let’s hear it for the dogs of crime fiction!