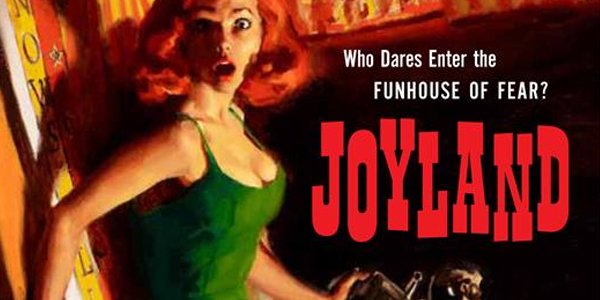 I’m happy to let you know that my latest crime novel, Stone Cold, recently hit the number one spot on Amazon, which is always a big thrill for me. Those numbers change hourly, so it might not still be number one by the time you read this, but it’s still a kick and lights a fire under my keyboard while I’m writing the next Alex Stone thriller. Though I’m way past the opening sentence, I really liked a story I ran across the other day in The Atlantic entitled, Why Stephen King Spends ‘Months and Even Years’ Writing Opening Sentences.

Author Joe Fassler interviewed King about his newest novel, Joyland, his upcoming sequel to The Shining called Doctor Sleep and about writing in general. King tells Fassler that he knows the sequel to The Shining is a good book and delivers all the horror he’s known for, but he wonders if people will like Doctor Sleep as much as they did the original. I found it interesting, and comforting, that other authors – especially heavyweights like Stephen King – have the same apprehensions I do about people liking their sequels as much as the original stories.

I Write Crime Novels For You – The Reader

I write crime novels, of course, to make a living, but putting that aside, I write for you – the reader. I always worry a little bit about whether or not you’ll like each sequel as much as the one before it. And as I pour my time and heart into the next book in the Alex Stone Thriller Series, I hope you’ll enjoy it as much as you enjoyed Stone Cold.

Last week I wrote about plotters vs. pantsters and revealed that when I write, I fly by the seat of my pants rather than using an outline. King says he does the same sort of thing. He just writes. But in the interview he did talk about the critical importance of opening lines. He says, “An opening line should invite the reader to begin the story. It should say: Listen. Come in here. You want to know all about this.” King goes on to say that the opening line should “extend an appealing invitation – one that’s difficult, even, to refuse”.

I’m in complete agreement with the master of horror in this. Opening lines are what hook the reader and make him or her compelled to read more and find out where the story leads. Here are some opening lines from three of my best selling crime novels:

“Marcellus Pearson counted out three thousand dollars, wrapped the short stack of cash with a rubber band, and handed the money to Oleta Phillips, a narrow-shouldered woman with razor lips.” ~Shakedown, A Jack Davis Thriller

“ A dead partner is bad for business, even if he dies in his sleep. But when he washes ashore on one side of a lake and his boat is found abandoned on the other side, it’s worse.” ~Motion to Kill, A Lou Mason Thriller

“Your honor, you can’t let the jury see these photographs, not if my client is going to get a fair trial,” Alex Stone said, thrusting an eight-by-ten glossy toward the judge. “The victim’s severed penis is sticking out of his mouth! But that’s not even the worst one.” ~Stone Cold, An Alex Stone Thriller Series

These opening lines bring you inside the story, forging an immediate relationship between you and the characters, compelling you to read more. Check out the opening lines from Stephen King’s famous work of horror, The Shining:

“Jack Torrance thought: Officious little prick. Ullman stood five-five, and when he moved, it was with the prissy speed that seems to be the exclusive domain of all small plump men.”

Now that’s riveting! Makes you wonder why Torrance thinks Ullman is an “officious little prick”. Is it just because he’s plump, prissy, and short? That hardly seems fair. It compels you to read on to find out why.

Opening lines are critical regardless of genre. Here’s one from a young adult novel:

“You’ve got to be kidding me,” the bouncer said, folding his arms across his massive chest. He stared down at the boy in the red zip-up jacket and shook his shaved head. “You can’t bring that thing in here.” ~City of Bones, Cassandra Clare, The Immortal Instruments Series

Opening lines by Cassandra Clare, Stephanie Meyer, and other YA authors, pique interest and invite you directly into the story – especially if you’re a teen. What type of “thing” is the boy trying to bring in? He’s a boy? Are young boys now allowed entrance into places that need a bouncer with a shaved head and massive muscles?

No, I haven’t read the novels by Meyer or Clare, but I thought I’d look up their opening lines to see if they’re enticing and they are. I suppose that’s one reason people of all ages got hooked on the Twilight saga and that Clare’s first book will soon be a feature film. The opening lines gave readers an invitation that they just couldn’t refuse – they had to keep reading and wanted more.

What are some of your favorite opening lines and why? Share them with me and we’ll discuss them.